…thy voice speaks to me.

I tread lightly through hallowed ground
savor the quiet of this place.
Glendalough, thou art a soothing song. 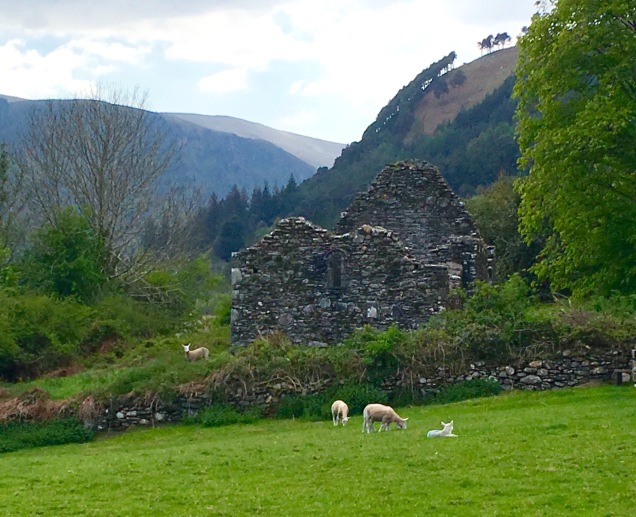 Written for dVerse, the virtual pub for poets. Mish prompts us to write of an abstract thing (I chose serenity) using sensory description. Photos: Glendalough, Ireland, the valley of the two lakes renowned for its Early Medieval monastic settlement founded by St Kevin in the 6th century. We opted for an excursion that took us into the countryside, outside of Dublin, rather than a city or pub tour. This is a truly beautiful and mystical place.